How Growing Up Has Influenced What I Do Now

I haven’t blogged in a while but then to be blunt, I haven’t had much to say. Today however I will be talking about how things I did when I was younger has inadvertently influenced what I do now.

I was thinking the other day about how the little things throughout my child have influenced the role I am in but also my outside interests. When I was really young ( I am talking about aged 13 and below) I loved art. Colouring in, painting, art on the computer using paint, basic photo editing software even needle work, I was forever making pictures and had books full of the stuff. Although I dropped art in year nine (I couldn’t draw at all therefore Mum reckoned I would fail the course and opted for History instead), it is nice how in my current role as a Marketing Assistant where I approve artwork for print and media I still get to enjoy looking at artwork even though I am not creating it.

One incident I remember, was making some business cards (I think on MS Word) for my Dad’s business and he said he would display them in the office. I then got thinking that I could take graphic design for GCSE. My dad was hell bent on me not taking any art subjects. However I had to laugh when I had to make last minute a business card for the CEO in my workplace. It is funny that things come round full circle some times.

Like every twenty something I used MSN messenger, Facebook, Bebo (remember giving the love?) and also Piczo where you built an entire website yourself ( I learnt a lot of HTML in those days, not that I knew it at the time). It’s bonkers to think how far social media has advanced now that it is a major influencer in buyer power and that people (including myself) have full time jobs in social media. I don’t feel as bad spending as much time on the sites now! 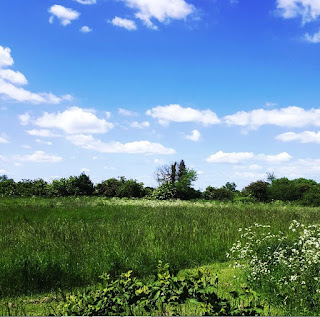 I have a degree in Geography and a lot of my passion for Geography was influenced by living in the countryside ( I was very lucky to have a big garden) back then. My parents were both passionate about wildlife and subconsciously must have influenced me in enjoying and appreciating Geography as a subject. My passion for Geography had also been fuelled by wanting to travel abroad, I had never been abroad until the age of thirteen. I always wanted to go to France for two weeks in the summer ( I didn’t have an obsession with France it was just all my friends went there on holiday). Although I have since been to France (twice) and America (twice!) and a few places since. I haven’t done as much travelling than I thought I would.

After my Geography degree getting a job relating directly to my course was pretty much non existent. I knew I didn’t want to do a Masters (research isn’t really my forte and I didn’t know what to specialise in) and eventually after a research job I landed the role of a marketing assistant. Again I loved English Literature at school (I studied it up to A- Level) and being able to write articles and social media posts at times can be challenging but is really rewarding when you get lots of interaction with the posts. On the English Literature course I loved crafting out what I was going to write to describe this and that and I enjoy doing this as part of my job.

The moral of the post is that I found that a lot of things that were my early hobbies or what I enjoyed at school really influences the person I am today even though I haven’t realised it until recently.

Four more board games to play

I ran a half marathon – this…

By continuing to use the site, you agree to the use of cookies. more information